Anubis was the ancient Egyptian god of death and the afterlife. For thousands of years, Anubis was revered, not feared, as a companion to the newly departed - accompanying them on their travels to the next realm. The soul, in Egyption theology, continued living on, a belief also found in many extant and extinct religions in various ways. Hence, “Life is Eternal”, which is spelled out in clay ‘hieroglyphs’ I created for his collar.

In Western culture, we often look at death with fear and as a topic to hardly mention as a topic of discussion. Correspondingly, popular culture often depicts Anubis as more of a nefarious creature, which is certainly the opposite of the ancient Egyptian belief.

In considering the meaning of life and spirituality on a personal level, I have always felt that there is an energy which links all of us with each other and the entire universe. Energy does not die when our bodies do, but transforms. The fact that we know not what lies beyond the death of our own bodies does not negate the fact that there is still energy there - eternally.

Anubis as I portrayed him is once again a benevolent companion. His beauty and compassionate aspect, here crafted in a smorgasbord of media, is a reminder to me and a calming force that the next step in our journey is not one to be feared, but is rather as mysterious and beautiful as when we enter into these bodies at birth. 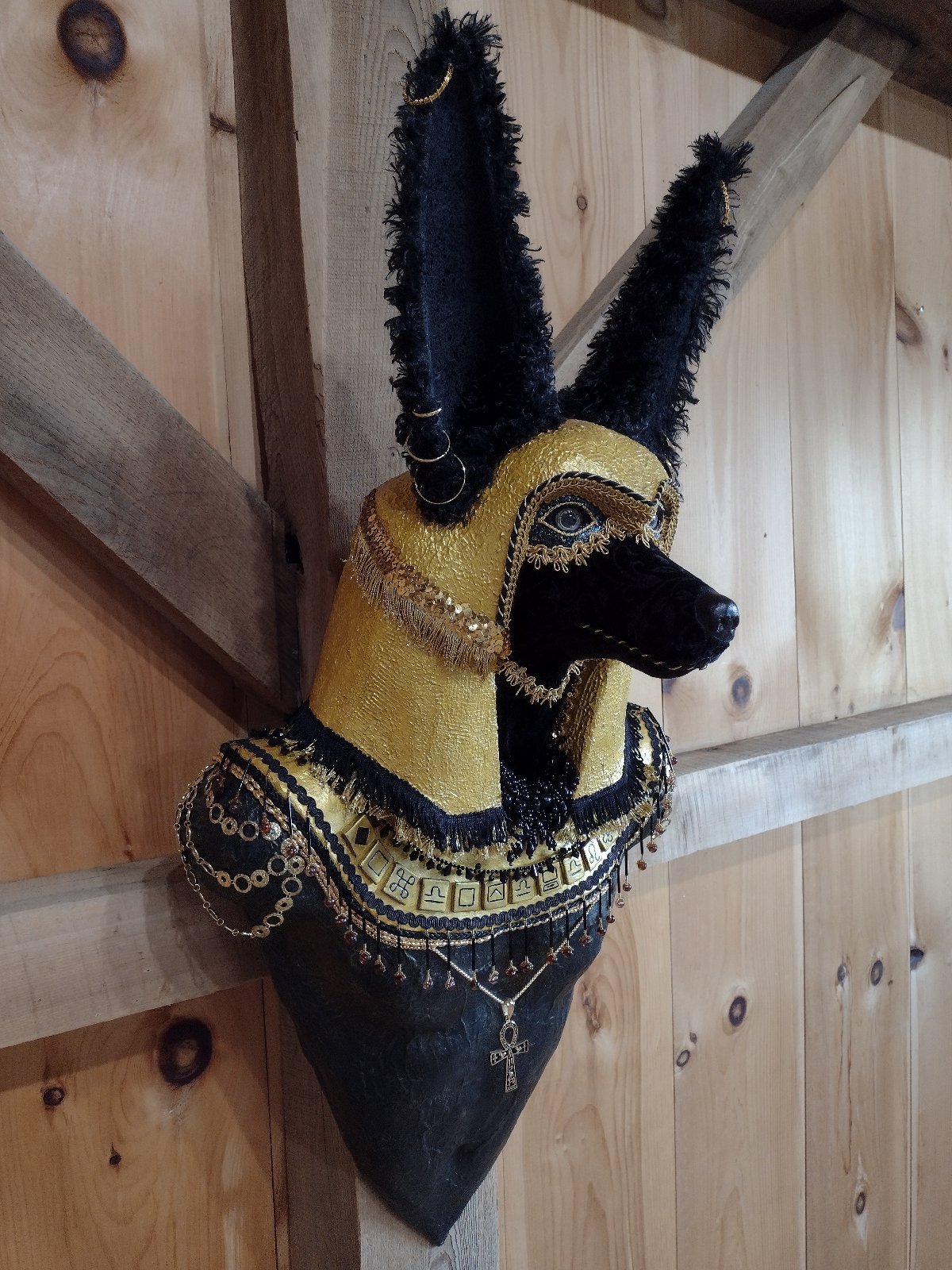