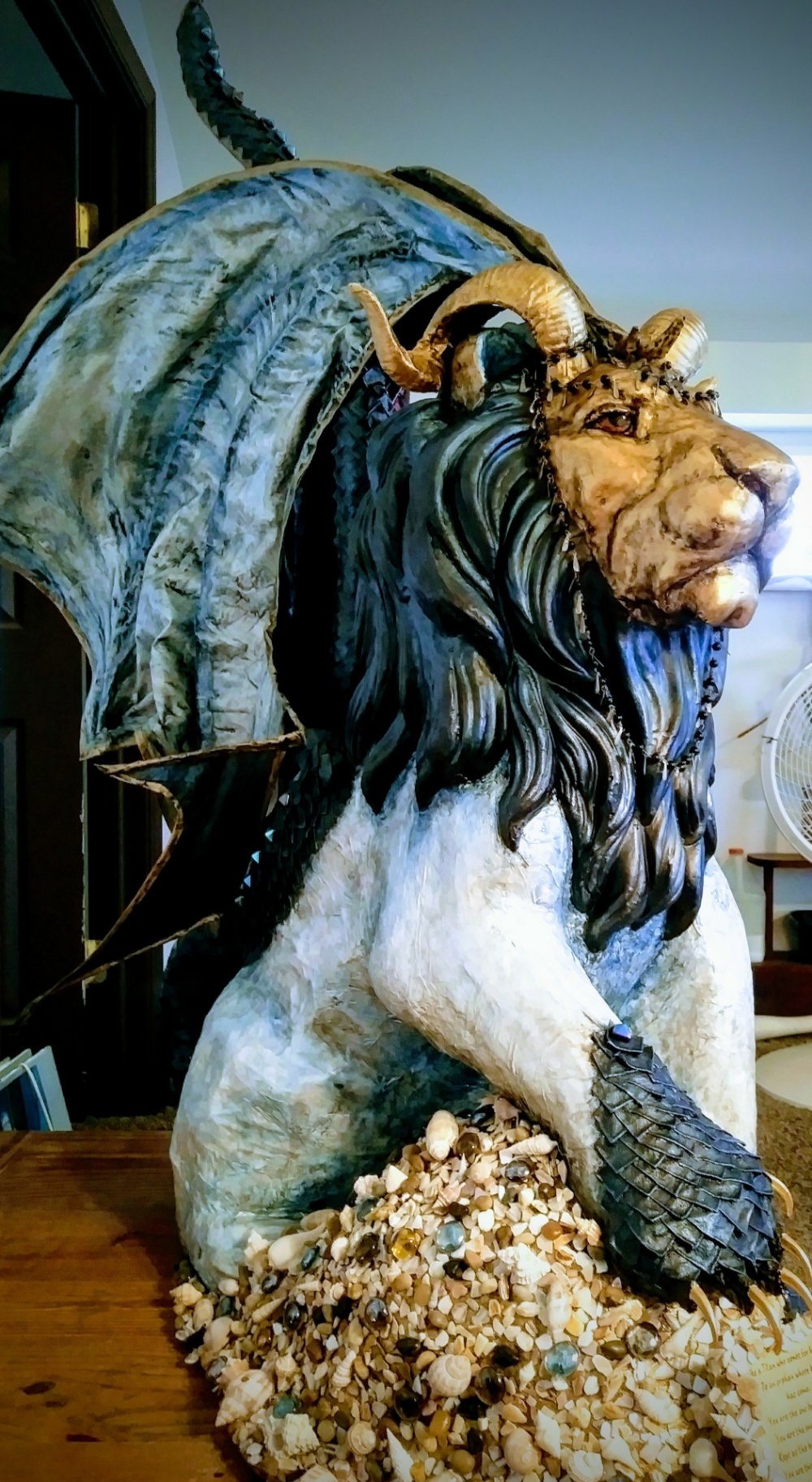 Obviously the first thing necessary was to mend the broken places on the beast, so he could start connecting with me. That first process...of filling in the gaps and holes...and then making him strong and secure. It took some time, and I was somewhat, but not entirely, unsure of myself as I took on the challenge.

Then - as he stood, strong and broken no longer - then I simply waited for him to speak. He directed me every step of the way henceforth. There was little decision-making on my part; it was mostly him telling me what he needed.
I’d hear, and simply follow his wishes.

Many steps were quite challenging. There were times I was so unsure of myself I didn’t know if I’d succeed with the particular task at hand. But he had unwavering patience. He’d watch and tell me what he needed, and I’d make it happen. And in between every step and every challenge, he’d simply watch over me as I went about discovering, learning, and creating. 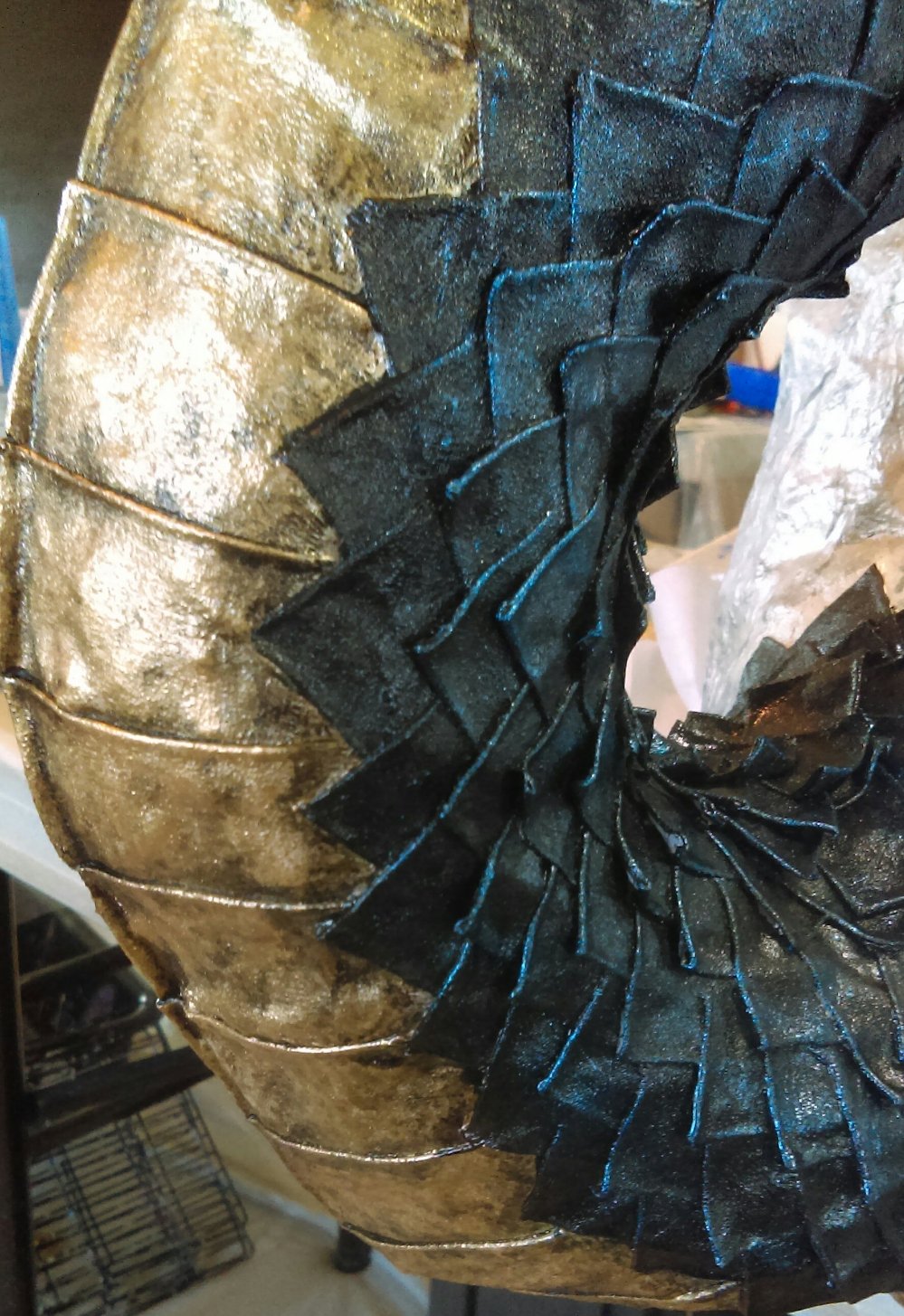 From making him stand to…
-adding many textures
-building his long tail. The level of detail was intense and the number of pieces seemingly endless.
-choosing and painting the color of his face and being pleased with it
-choosing and painting the color of his body and mane
-deciding what his treasure would ultimately be
-painting his eyes. And my oh my - those dark yet bright and lively eyes. Suddenly he went from being a presence in the studio to actually watching me with piercing eyes. I could feel him.
-constructing his wings. Oh goodness...that was the biggest challenge. Building the framework, getting the structure stable to handle the wing membranes as they were added and needed the time to dry. Figuring out how to paint and finish them. And, perhaps most challenging of all, figuring out how to attach them to his body.
-the call for secondary wings-the call for horns-the call for claws and more scales
-creating a plaque so his claws could hold the words so very important to me over this journey with him
-building his treasure
-final touches of jeweled beauty

The beast, my Titan, is finished, at least for the moment. He’ll continue to watch over me and guide me in more creative explorations and discoveries. He is a constant presence. And if he needs something more of me - something new which I’ve not even thought of or tried - then of course I will tend to him.

I have made him whole and beautiful. He has made me likewise so. We discovered, rescued, and created each other. From out of nowhere came the creativity, the challenge, the discovery, the freedom to explore, the contentment in knowing that I have become me...through him and so many other creative expressions over the same period of time. 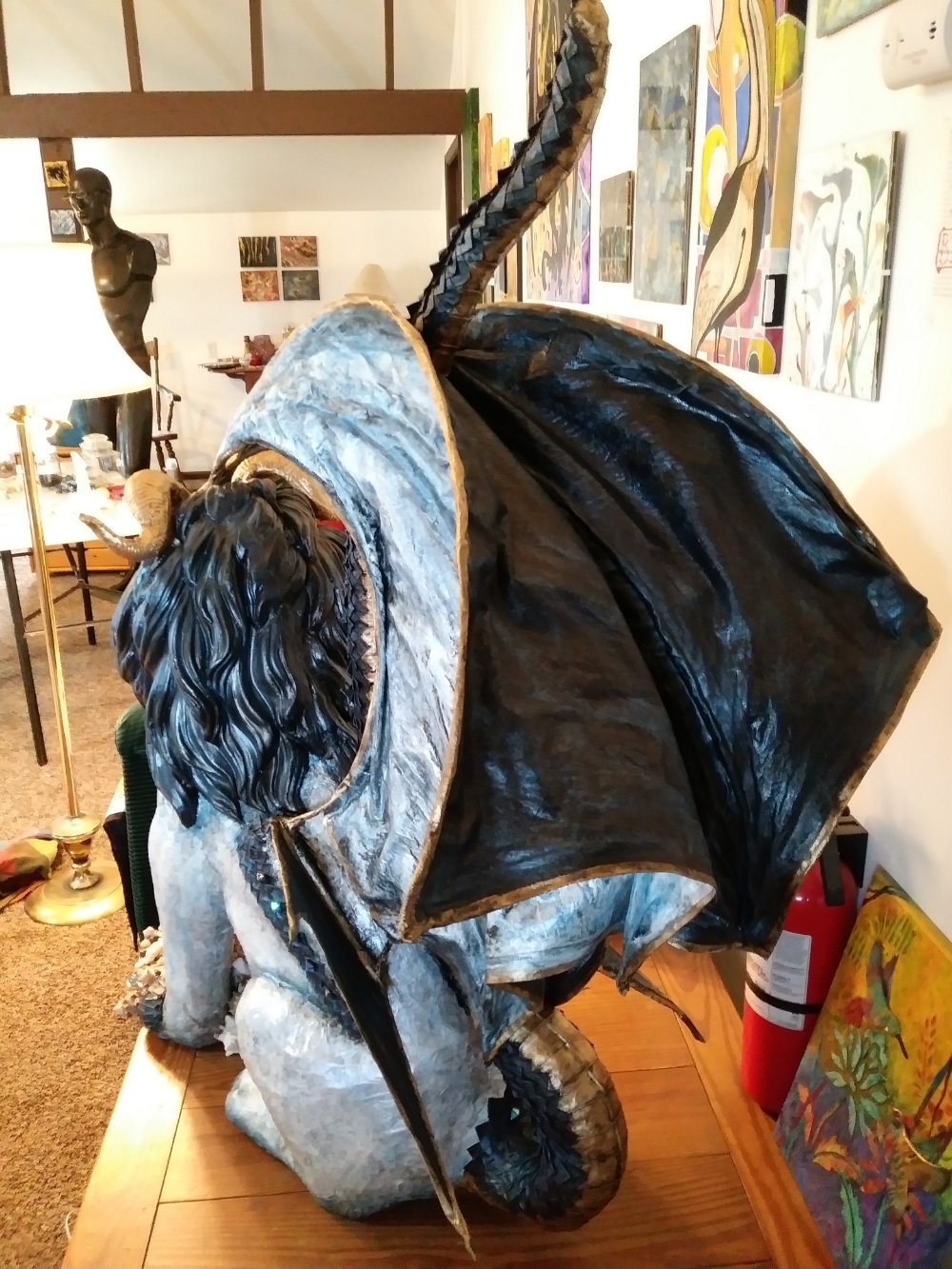